Fallas were cancelled in 2020 due to the pandemic. The 2021 Fallas were postponed from from March and will be celebrated from 1 to 5 September 2021 instead. Read our latest news here for more information. 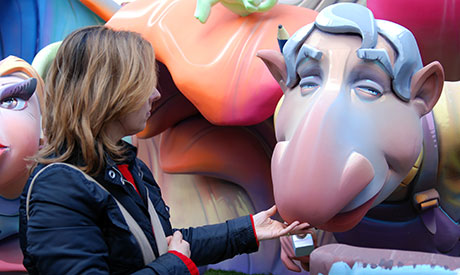 Usually, in March every year the city of Valencia is taken over with Las Fallas. Parties begin and massive colourful “monuments” appear in the streets, only to be burnt to the ground a few days later in an emotional night of fireworks and flames.

The main events and best time to see the monuments is 15-19 March, but you can also enjoy mascletà firecracker shows and other activities around the city starting from 1 March.

TIP! Enjoy a VIP view of some of the best Fallas events with our Banging Fallas Balcony Experience!

The city streets are dressed with decorative lights, the smell of gunpowder fills the air, people dance to traditional Valencian music, and thousands of flowers fill the Plaza del la Virgen in the city centre. 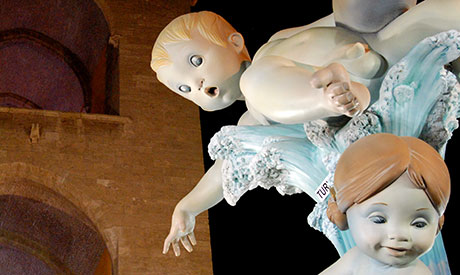 The city is only transformed once a year and for just a few days, so if you’re lucky enough to be in Valencia for Las Fallas make the most of this unique experience and enjoy the culture, tradition and parties! 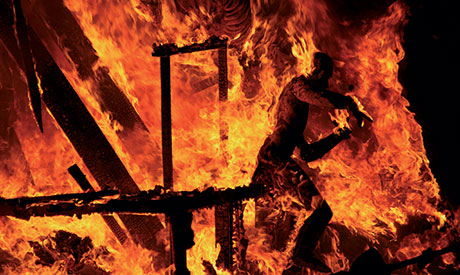 Our selected highlights of the busy Las Fallas calendar: 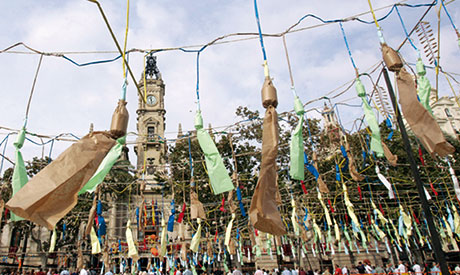 Gunpowder is fundamental to Fallas parties. Valencians love the smell of gunpowder in all its forms: firework displays, mascletà (massive firecracker concerts) and smaller bangers being thrown around in streets. 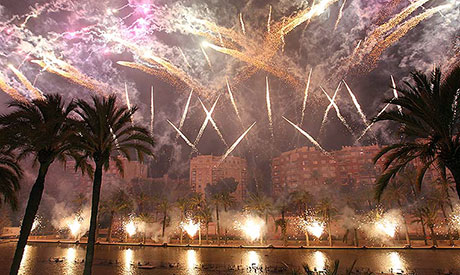 You can’t escape the incredible fireworks displays in Valencia from 15 to 18 March. The explosions in the sky are set off from the river bed between the Bridge of Flowers and the Exhibition Bridge at Alameda. 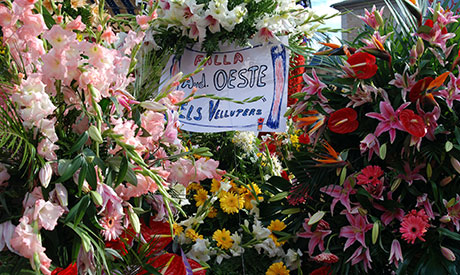 Thousands of bouquets of flowers are carried through the city on 17 and 18 March, with long processions of falleras offering flowers to the Virgin Mary and forming them into an amazing, enormous floral tapestry. 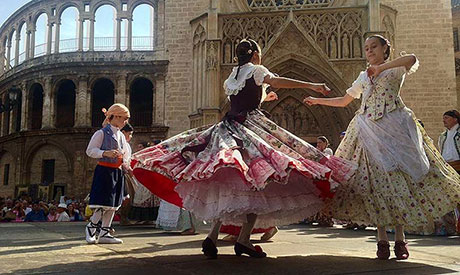