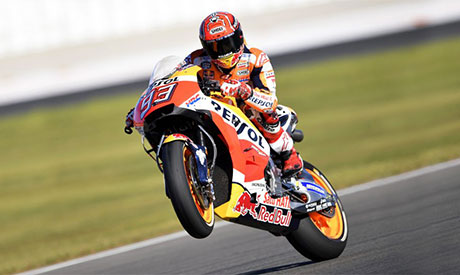 The last races of the 2017 MotoGP season, held in Valencia from 10 to 12 November, saw Marc Márquez of the Repsol Honda team crowned as world champion, after finishing 3rd in last Sunday's race.

In first position on the podium was fellow Spaniard, Dani Pedrosa, followed by Johann Zarco from France in second place.

Great weather allowed some 110,000 spectators to enjoy the 3 days of races at the circuit of Cheste, 16 miles (25 km) from Valencia's city centre.

An exciting weekend was wrappped up as Marc Márquez became the first to win 6 world championships, before turning 25 years old.