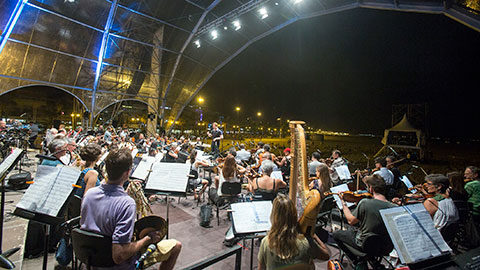 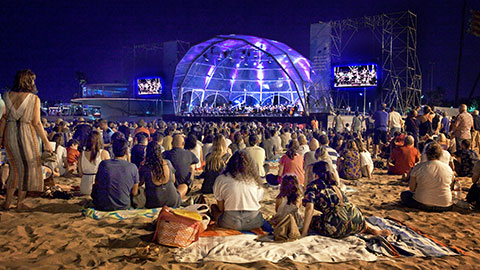 Valencia's city beach will be brought to life with jazz, classic and brass band concerts on 5, 7 and 8 September 2019.

The free open air performances are being organised by Valencia's Palau de la Música concert hall, so are guaranteed to be of the highest quality.

For the second year running, a special 3,200 square foot (300sqm) stage with transparent dome will be constructed on the sand to host the shows, together with two huge LED screens so everyone can get up close to the action.

Two days later, on 7 September, it's the turn of l’OV directed by Ramón Tebar. Expect a colourful programme of classical music, with pieces such as the Bolero by Maurice Ravel and the Spanish Capricho by Nikolái Rimski-Kórsakov.

The third and final concert will be the next day, on 8 September, when a selection of local maritime brass bands will perform a program based on famous movie soundtracks, including 2001: A Space Odyssey, Dancing with Wolves and Memories of Africa.

All the concerts start at 9pm at the Las Arenas beach. We recommend you arrive early to find a space with the best views.