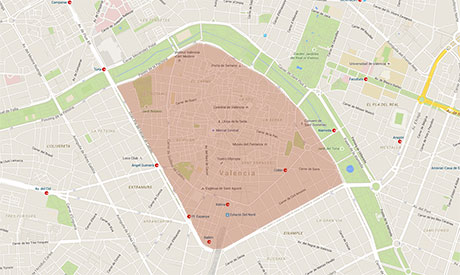 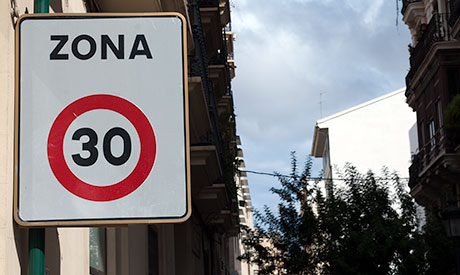 As part of a new traffic calming plan for the city, a maximum 30kph (19mph) speed zone has been created in the centre of Valencia.

The City Council said the measures, which took effect at the beginning of this month, are intended to expand space for pedestrians, improve road safety, reduce environmental pollution and support neighbourhood businesses.

Joan Ribó, the City Mayor, said the ultimate goal is to close inner city roads to all traffic apart from authorised vehicles. He said the 30kph zone was an important start and further steps will be made after continuing consultations with everyone involved.

The new zone includes most roads in the area between the old Turia river bed and the "Gran Vias" of Ferran el Catòlic and Marqués del Túria. Road users are being given a transitional period before the authorities start fining speeding motorists.

Find out more about transport in Valencia.