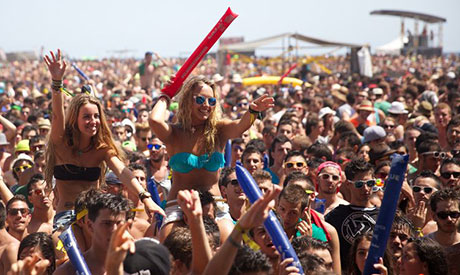 One of the newer festivals in Spain, Arenal Sound has fast established itself as one of the largest too and holds the national record for the fastest sales of tickets per hour.

Held on the beach at Burriana, just 40 miles (60km) north of Valencia, it frequently sells out and attracts a largely Spanish crowd.

It started for the early birds on the Tuesday and Wednesday, but saved the biggest performances for Thursday to Sunday, as in previous years.