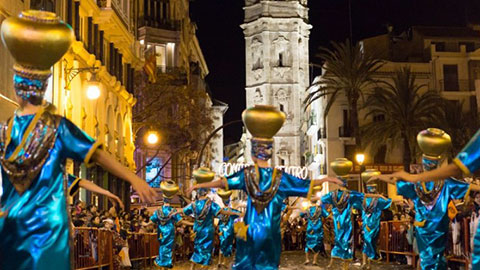 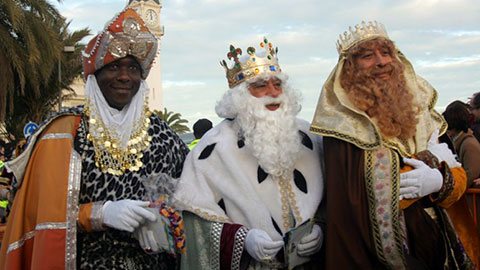 Enjoy a Spanish gift-giving tradition if you're in Valencia on the night of 5 January, with special celebrations on the eve of Kings' Day, known locally as Las Fiestas de Reyes.

In Spain, children receive most of their Christmas season gifts from the Three Kings on the evening before the official Kings' Day holiday on 6 January - also known as Twelfth Night in English - when the wise men from the story of the birth of Jesus parade through the streets delivering presents.

You can meet the Three Kings early in Valencia, as they arrive by boat to the city marina usually at about 4:30pm. Or see them later as they start their magical parade around 6pm from the zone of Alameda and head through city streets to City Hall square, where they'll arrive around 8:30pm, accompanied by music and entertainment.

At the square they will greet children from the balcony of City Hall and there will lots of family activities and a firework and musical display. 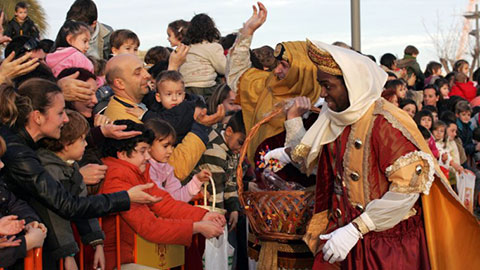 From 3 to 6 January you can also visit the Kings' Market in the Cabanyal neighbourhood, not far from the city seafront. Undoubtedly one of the city's best festive markets, you'll find hundreds of stalls selling sweets, treats, crafts, paintings, games, jewellery and fashion accessories. 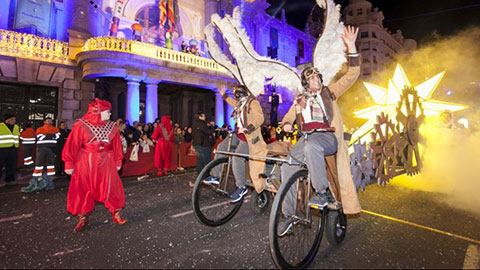 Find the market on the streets of Marino Sirera and Vicente Brull, open each day from 9am to 10pm, apart from 5 January when it will close at 5pm.